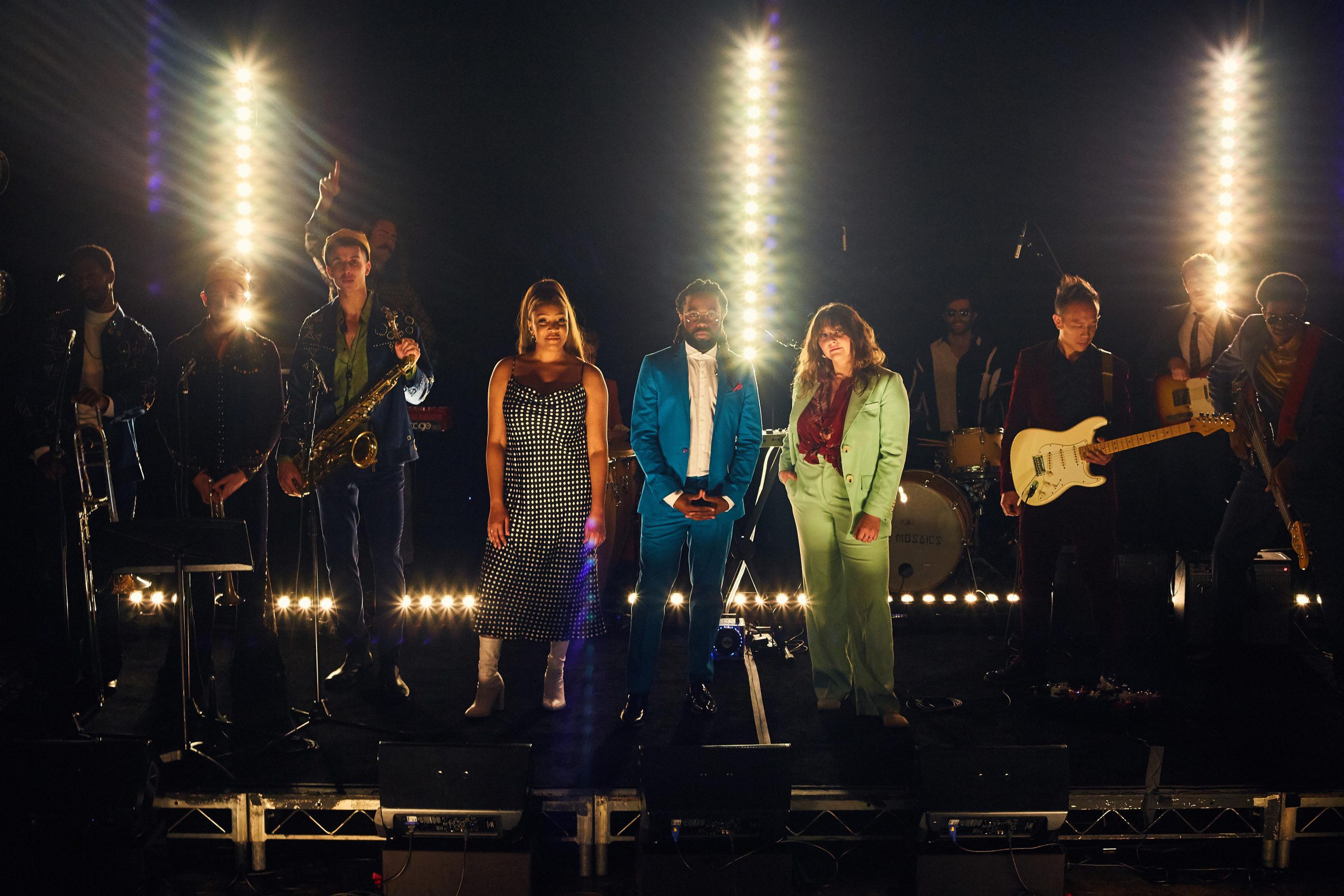 Channeling the purest sounds of funk, soul and boogie since Parliament, The Mosaics bring the feel of the late 70’s with a uniquely modern twist. Infusing contemporary artists (Childish Gambino, Anderson Paak, Justice) with the godfathers of funk (George Clinton, Rick James, James Brown) The Mosaics sound is one of a kind and impossible to replicate. Talk Box also plays a large part in the groups signature sound, taking their cues from Zapp and Roger (Roger’s nephew helms The Mosaics) This sound that is featured prominently on hits such as; “California Love” and “I Wanna Be Your Man” is perfectly executed and expressed in this large and dynamic group.

Members of The Mosaics have shared stages with: Beyonce • Jay Z • Kendrick Lamar • Gwen Stefani • Haim • Tyler, The Creator • Chromeo • Chic & many, many others!